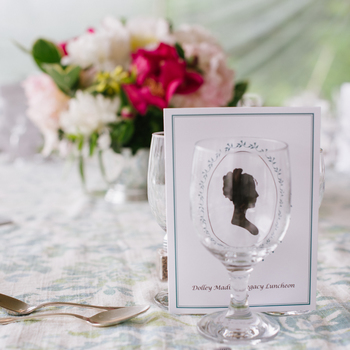 Preparations are underway for the 16th Annual Dolley Madison Legacy Event to be held on Friday, May 7, 2021.
It is our pleasure to announce that Madeleine Albright, who served as the first female Secretary of State and currently serves as Professor in the Practice of Diplomacy at the Georgetown University School of Foreign Service, is this year's keynote speaker. Dr. Albright will be joined in conversation by David Rubenstein, one of the most patriotic philanthropists in America, having made transformative gifts for the restoration and preservation of historical sites, including James Madison's Montpelier.
For the past 15 years, the Dolley Madison Legacy Event has been the premier fundraiser for James Madison's Montpelier. Proceeds from this year's event will support The Montpelier Foundation's mission as the center for constitutional education and preservation of the legacy of Dolley and James Madison.
Tickets are available for purchase on April 7th for members and April 9th for the general public. Purchase your tickets here. 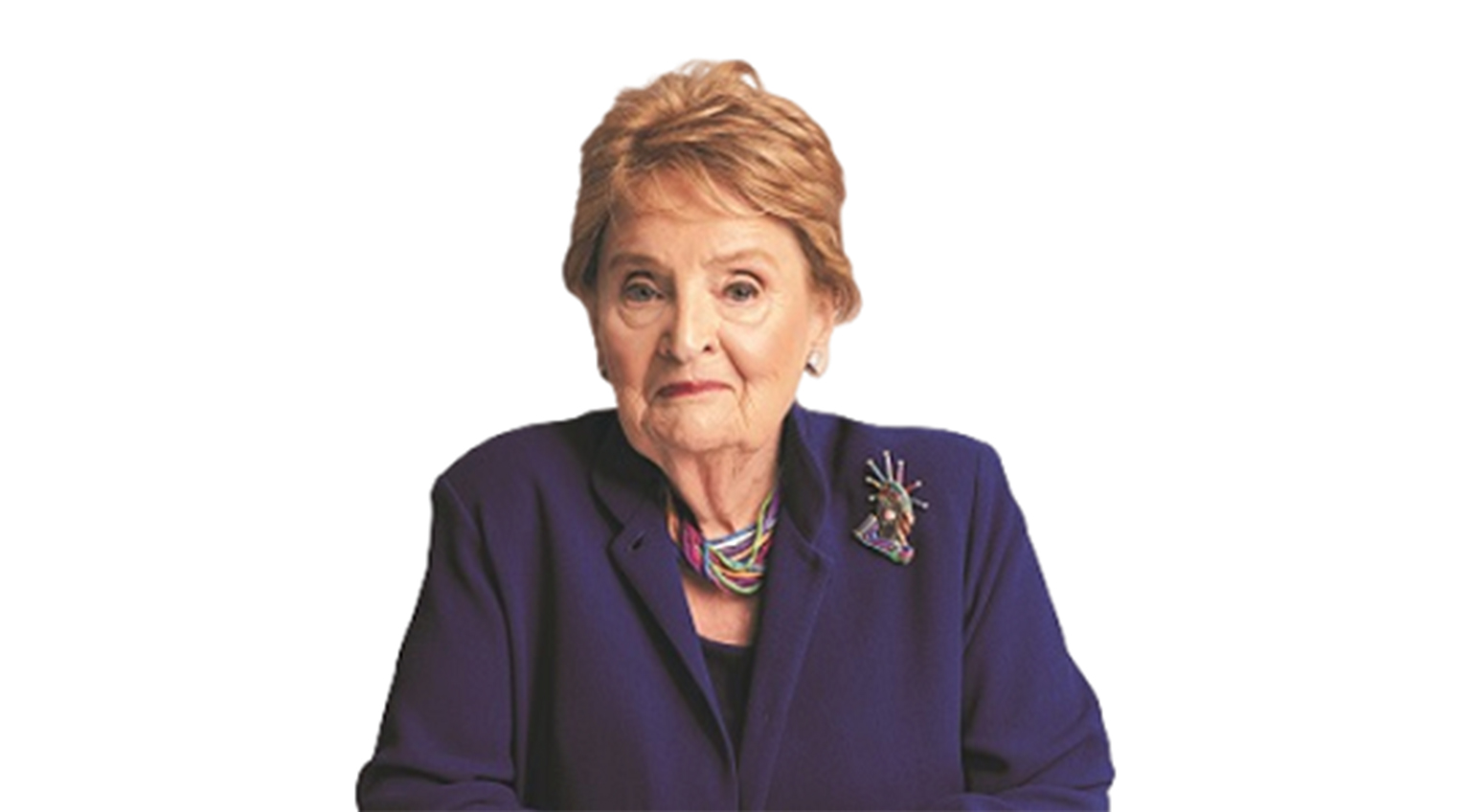 Madeleine K. Albright is Chair of Albright Stonebridge Group and a professor, author, diplomat and businesswoman. In 1997, Dr. Albright was named the first female Secretary of State and became, at that time, the highest ranking woman in the history of the U.S. government. She received the Presidential Medal of Freedom, the nation’s highest civilian honor, from President Obama on May 29, 2012.

From 1993 to 1997, Dr. Albright served as the U.S. Permanent Representative to the United Nations and was a member of the President’s Cabinet. From 1989 to 1992, she served as President of the Center for National Policy.

Dr. Albright is a Professor in the Practice of Diplomacy at the Georgetown University School of Foreign Service; and is Chair of Albright Capital Management LLC, an investment advisory firm focused on emerging markets.

Dr. Albright is a seven-time New York Times bestselling author. Her most recent book is Hell and Other Destinations (April 2020).

A full biography of Dr. Albright can be found here. 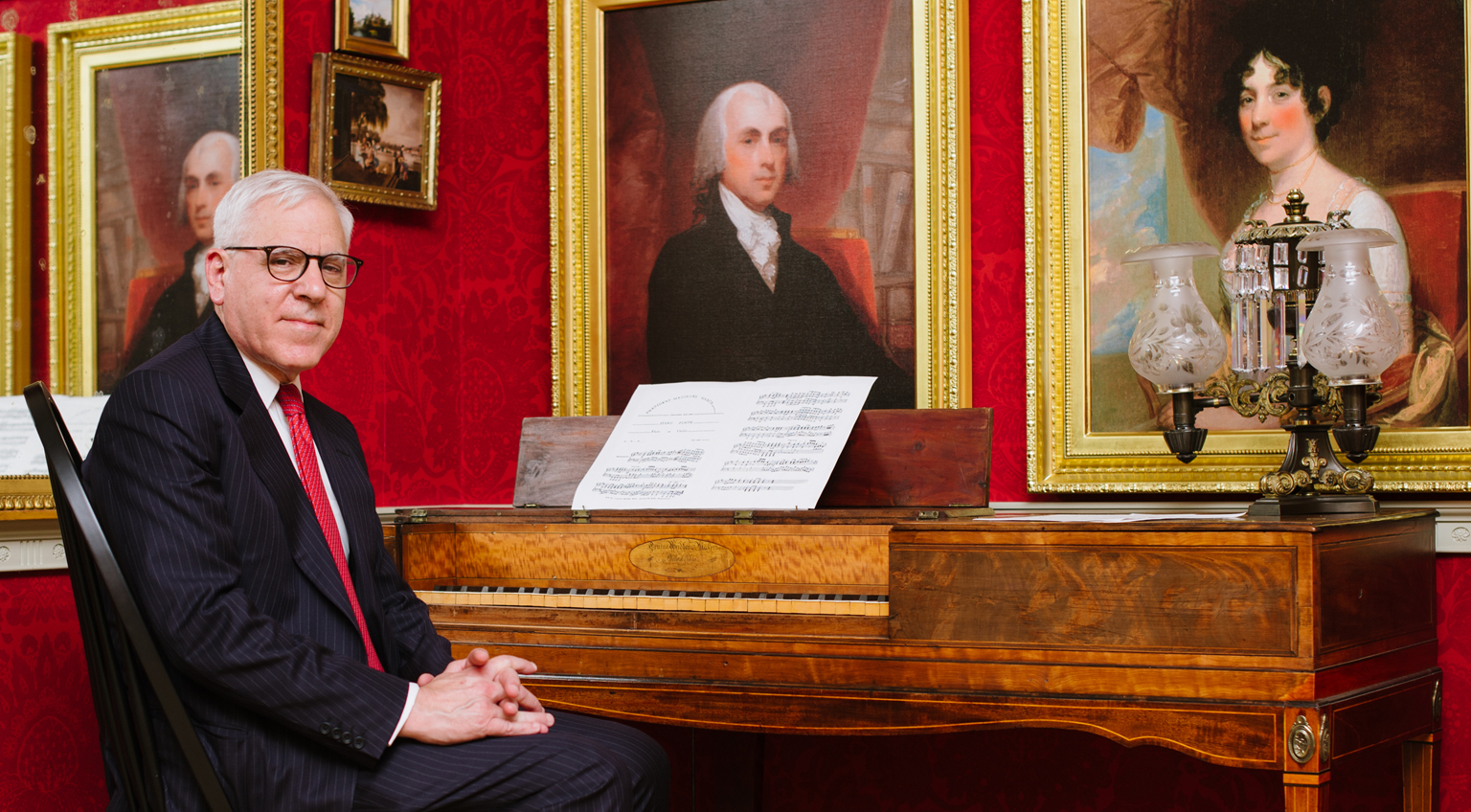 David M. Rubenstein is a Co-Founder and Co-Chairman of The Carlyle Group, one of the world’s largest and most successful private investment firms. Mr. Rubenstein is active in many organizations, including: Chairman of the Boards of Trustees of the John F. Kennedy Center for the Performing Arts and the Council on Foreign Relations; a Regent of the Smithsonian Institution; and a Trustee of the National Gallery of Art and the National Constitution Center.
Mr. Rubenstein is an original signer of The Giving Pledge, a significant donor to all of the above-mentioned non-profit organizations and many others, and a recipient of the Carnegie Medal of Philanthropy, and the MoMA’s David Rockefeller Award. He has been a leader in the area of Patriotic Philanthropy, having made transformative gifts for the restoration or repair of numerous sites of national significance.
Mr. Rubenstein is the host of The David Rubenstein Show: Peer-to-Peer Conversations on Bloomberg TV and PBS, and Leadership Live with David Rubenstein by Bloomberg Media. His most recent book is How to Lead: Wisdom from the World's Greatest CEOs, Founders, and Game Changers (Simon & Schuster, September 2020).

A full biography of Mr. Rubenstein can be found here.