Previous Terminated and Suspended Staff Return to Montpelier
With the implementation of structural parity with the Montpelier Descendants Committee (MDC) in mid-May, The Montpelier Foundation (TMF) has accomplished a historic milestone: institutional empowerment of those descended from the plantation’s enslaved community. This has resulted in a leadership change and the welcoming back of previously fired and suspended staff. Now committed to an equitable relationship with the MDC, Montpelier is poised to offer the public a more expansive history.
On May 16, the Foundation board achieved parity by appointing 11 new directors identified by the Descendant Community to join three previous appointees, including newly-elected Montpelier Foundation Board Chair James French. Under the new board’s leadership, expertise, and guidance, staff are empowered to create parity at every level of the organization.
On May 25, the new TMF board voted to appoint Dr. Elizabeth Chew as Interim President and CEO. Only a few days into her new role, Dr. Chew reinstated the four staff members who had been terminated or suspended on April 18 by the previous administration. Dr. Chew herself had been terminated from her former role as Executive Vice President and Chief Curator.
With the support of the new board, Dr. Chew lifted the suspension of Dr. Mary Furlong Minkoff, Assistant Director of Archaeology & Curator of Archaeological Collections and Mr. Chris Pasch, Field Director, on Thursday, May 26. Dr. Matt Reeves, Director of Archaeology and Landscape Restoration and Ms. Christy Moriarty, Director of Communications, were rehired effective Monday, May 30.
Dr. Chew and Mr. French have been working to restore the reputation of the Foundation and repair relationships with the community. According to Mr. French, “The Board has the utmost respect for, and confidence in, these dedicated staff members who have worked for so many years to ensure that at Montpelier, we are telling whole truth history. We are grateful for their devotion to this mission and, more recently, for their support of the Foundation’s commitment to achieving structural parity between the Foundation board and the MDC.”
"I am so excited to be back at Montpelier working with the people and artifacts that I love!” said Dr. Furlong-Minkoff, who joined Montpelier as Curator of Archaeological Collections in 2015. “I can't wait to work with the Descendants, the Board, my colleagues, and our amazing archaeology volunteers to find new and innovative ways to tell the stories of the over 3 million artifacts in our collection."
“I'm delighted for the opportunity to rejoin the Montpelier community - and it truly is a community in every sense of the word because I received so much support during the weeks I was gone,” added Ms. Moriarty, who began her career at Montpelier in 2013 as Tourism Coordinator. “There is much work to be done, and I'm eager to collaborate with my colleagues and the new Board to move Montpelier forward into the next chapter.”
“I’m so appreciative that after all that has happened, Chris, Christy, Mary, and Matt were willing to come back right away to continue the important work they have been doing,” said Dr. Chew. “The entire staff has been through so much these past few months, and their return has done much to boost morale and generate hope that as an organization, Montpelier will continue in the right direction. With the Board’s inspiration and guidance, a productive partnership with the MDC, and the hard work of our exceptional staff, we can move forward as an example to the nation and the world of a new model for museums and cultural institutions.” 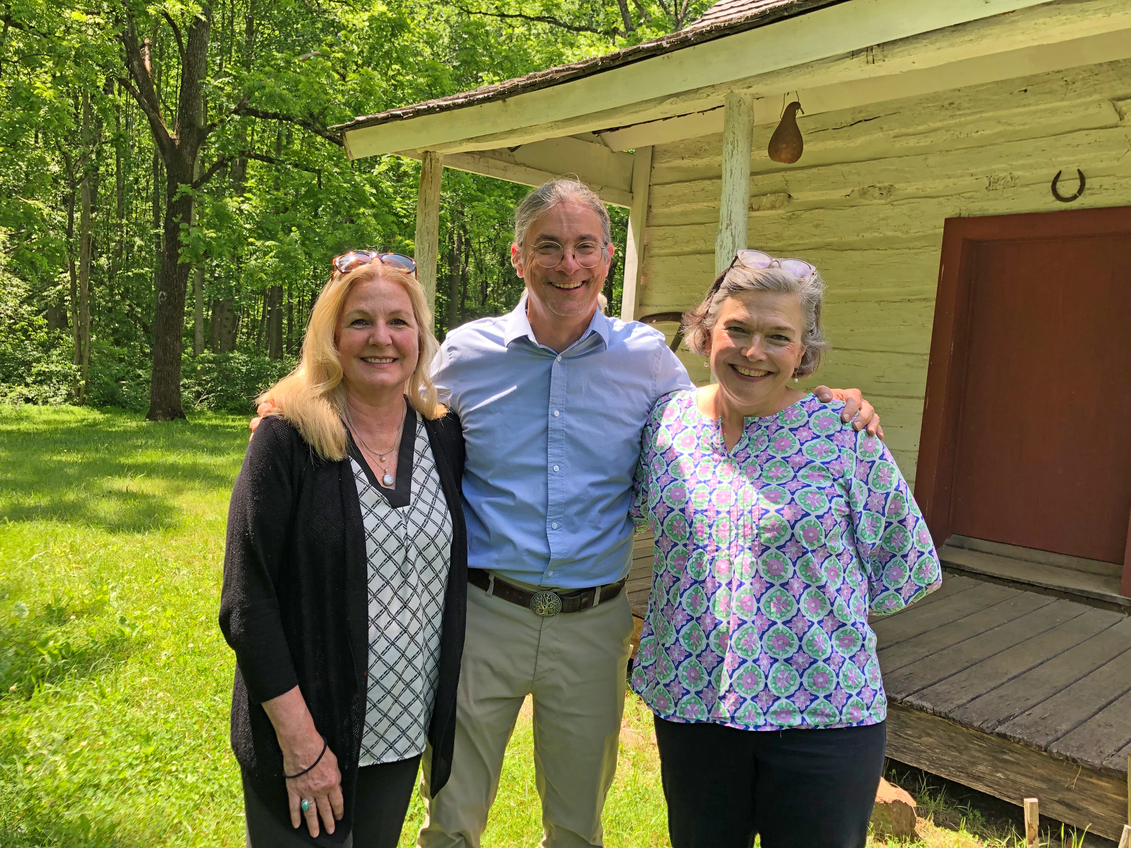