Open Thursday-Monday 9AM-4PM.We strongly recommend purchasing tickets in advance.
Story
James Madison and Religious Freedom
5 Minute Read
Freedom of religion is firmly rooted within our American consciousness, and we take it for granted that our right to worship if and when and where we choose is inalienable and protected. But the origins of this line of thinking were anything but commonplace.
In James Madison’s Virginia, the Anglican Church was the state church before and directly after American independence. Anglican clergy were employed by the government and acted as teachers, becoming officials of the state. In the years directly after the Revolution, the Founders were eager to cast off British practices and create those that reflected new American ideals. A church as an established arm of the government ran counter to the Enlightenment tenet that liberty was a natural human right.
In his years as a young Virginia legislator, Madison became keenly interested in the efforts of Elijah Craig, a Baptist preacher who was arrested for not having an Anglican license. Madison’s philosophical mind began to view an established state religion as a denial of a citizen’s right to exercise his or her own freedom of conscience.

The Intangible Property of the Conscience

To James Madison, the idea of religion goes much deeper than how one does or doesn’t practice. He called conscience “the most sacred of all property,” and, like a good scholar of John Locke, Madison felt strongly that one’s property was a natural right.
At Montpelier, the Robert H. Smith Center for the Constitution encourages law professors, lawyers, judges, scholars, students, or any type of visitor to dig deeper into Constitutional interpretation. Legal cases involving religious freedom have made headlines in recent years, and the subject is a popular one at the Center. Does a religious conviction exempt you from performing a job? What if you’re an employee—and therefore representative of—the state? 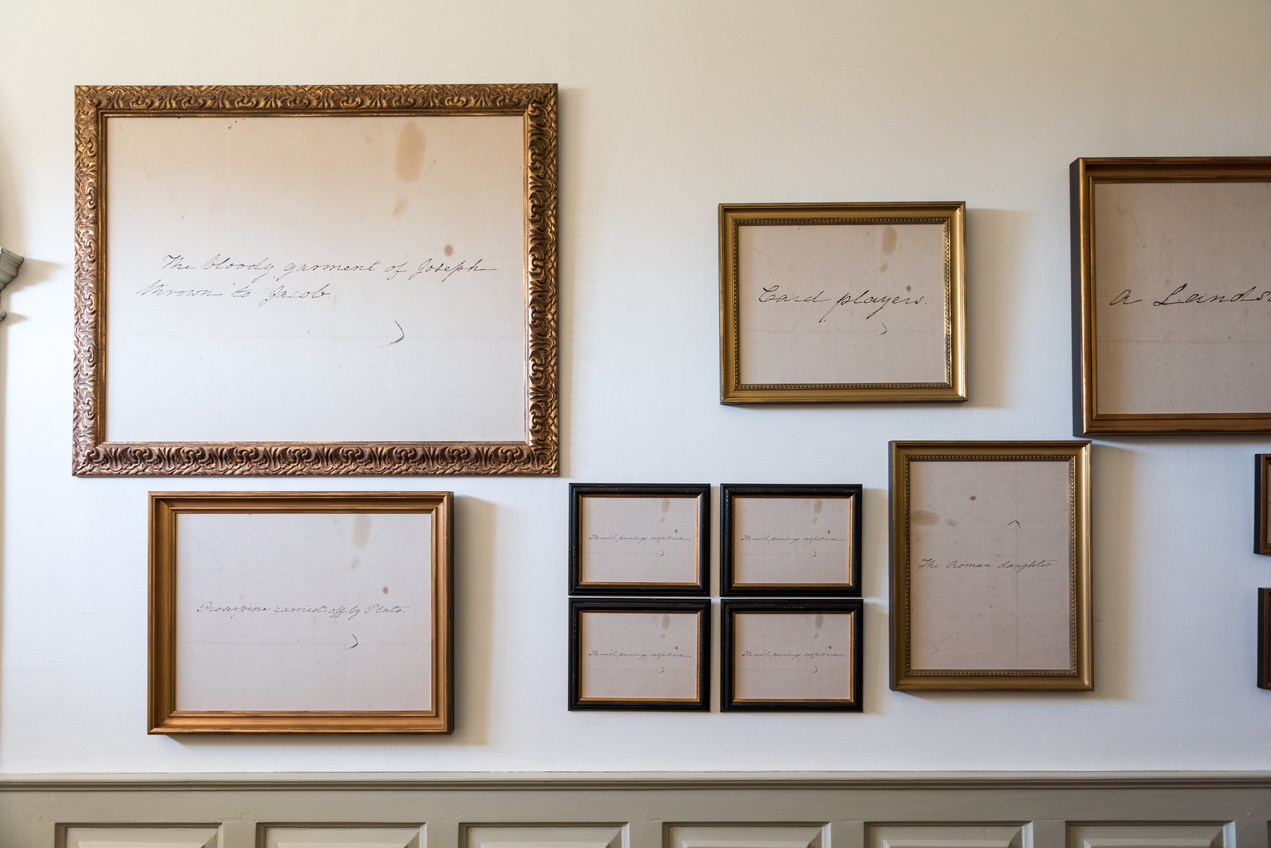 Madison was well-versed in different religious and philosophical traditions.
Madison would have seen morality as part of the individual, protected conscience. It’s not that he didn’t have his own opinions of rights and wrongs or justice and injustice, but he would insist that those opinions were his own. And, by extension, the state has no right to try to legislate or otherwise stifle your own morality. Madison, who was intensely private about his own religious convictions, pushed the boundaries of how his countrymen thought about the matters of conscience. It was partly due to his work on the subject that minority voices were protected from having the government control perhaps their most fundamental right—what they believe.

As a state legislator in 1776, Madison proposed a small but profound change in the wording of the Virginia Declaration of Rights, which had said that everyone should have “fullest Toleration” of their religion. That wording implied that one religion was approved while the government would merely put up with others. Madison successfully argued that the wording should be changed to “free exercise of religion,” which truly protected the right to follow one’s conscience. In 1785, as the legislature debated whether to continue to fund churches with tax money, Madison wrote an influential petition called “Memorial and Remonstrance,” which clearly laid out 15 arguments against government support of churches. Madison emphasized that religion was a matter of individual conscience and could not be directed by the government in any way.
As a country, the United States is always evolving in the way that we think about social, political, economic, and theological underpinnings of our society. And while public opinion might wax and wane, the Constitution rarely changes in its protection of our specific rights.
Upon the passage of the Virginia Statute for Religious Freedom in 1786, James Madison wrote to its author, Thomas Jefferson: "I flatter myself we have in this country extinguished forever the ambitious hope of making laws for the human mind."
James Madison Freedom of Religion
You Might Also Like
Lizzo Plays President James Madison's Crystal Flute
5 Minute Read
Learn More
Montpelier Corrects Numerous Media Falsehoods
4 Minute Read
Learn More
And That’s a Wrap on Constitution Month 2022!
10 Minute Read
Learn More
Excavate: Archaeology Expedition
April 23 - 28, 2023
May 7 - 12, 2023